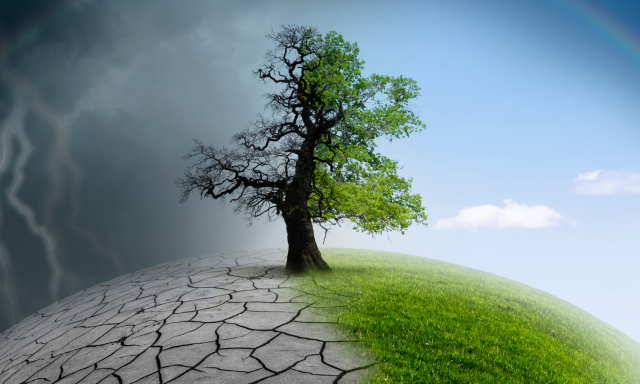 WHY IS THERE A CLIMATE CHANGE?
Over geological time, the climate of the globe has changed continuously, with notable variations in the average global temperature.

However, compared to earlier warming periods, this one is happening more quickly. It has become evident that human activity—primarily the release of heat-trapping gases known as greenhouse gases to fuel our contemporary lifestyles—is largely to blame for the warming that has occurred over the past century. We are achieving this through the use of fossil fuels, land usage, agriculture, and other factors that contribute to climate change. Over the past 800,000 years, greenhouse gas levels are at their highest point. This quick rise is a concern since it is altering our environment too quickly for living things to adjust to.

Extreme weather conditions, increasing sea levels, shifting wildlife populations and habitats, as well as a number of other effects, are all a result of climate change.

HOW DOES CLIMATE CHANGE OCCUR?
Every human desires a safe place to dwell on the earth we call home, and we are no different. Therefore, even while our work must still be fair and objective, we are speaking out more frequently to reinforce the message that climate change is real, humans are to blame, the effects are severe, and we need to take action right away.

Climate scientist THERESA JOHNSON
Climate scientists have nearly universally agreed that human activity is mostly to blame for global warming, according to the vast body of scientific evidence.

Our use of fossil fuels, such as coal, gas, and oil, which has raised the concentration of greenhouse gases in our atmosphere, such as carbon dioxide, is by far one of the main contributors. The average temperature of our world is rising as a result of this and other activities like clearing land for agriculture. In reality, scientists are just as persuaded of the connection between smoking and lung cancer and greenhouse gases and global warming.
This finding is not brand-new. Data about this have been gathered and researched by scientists for many years. In the late 1980s, headlines relating to global warming first appeared.

165 countries joined forces to ratify the UN Framework Convention on Climate Change in 1992. (UNFCCC). Since then, they have gathered annually (known as “Conference of the Parties” or COP) with the intention of formulating objectives and strategies to mitigate climate change and prepare for its already felt impacts. 197 nations are now parties to the UNFCCC.